The Ferrari of Boxing Gloves! Nearly $1k a pair!!!

What?! Thousand-dollar boxing gloves? Are you kidding me?!

No, I’m not kidding. The last time I saw thousand-dollar boxing gloves, they had Muhammad Ali’s signature on them. But this…THIS is the real deal. They are not collector items. They are not toys for the rich. They are serious boxing gloves made for serious athletes. Handmade by Italian leather craftsman, Filippo Lecesse Di Nardo from Torino, Italy. They are what I would call,

At last, I have finished my personal review of the BEST BOXING GLOVES I have ever worn! (Oh and btw, I’ve now had these for over a year…with many rounds to put them to the test.) Let me take you step-by-step through every feature of my own custom-made Di Nardo boxing gloves!
END_OF_DOCUMENT_TOKEN_TO_BE_REPLACED

How to throw (AND LAND) body punches with devastating effect!

Body punches are one of the deadliest weapons in boxing, and yet they’re still under-utilized by even top pros in the game today. You would think every fighter would add soul-snatching body punches into their game but very few ever do.

It’s because body shots are tricky as hell to throw. You need incredible timing just to land the shot, and then there’s all this stress about not getting hit in the face when you lower your hands. It always feels like a risky exchange and for that reason, most fighters just “play it safe” by sticking to head shots.

Today, we will focus on the timing you need to LAND crippling body shots!
END_OF_DOCUMENT_TOKEN_TO_BE_REPLACED

Are Sabas boxing gloves still the best deal around? (And are they even close to Winning?)

A year ago, I reviewed Sabas boxing gloves highly without having tried them personally. Street rumors and internet reviews compared them favorably alongside other top brands in boxing…even considered by some,

They were supposedly high-quality gloves “made in Mexico” with beautiful colors and customization available, all sold at a great price. It seemed fair to pass this hearsay along in my boxing gloves review as I ranked them [semi-]blindly at 5th place. While I wasn’t totally familiar with Sabas, I was very familiar with the gloves they were being compared to.

But in the past 6 months, new comments surfaced suggesting their quality had fallen. The guys who once adored them no longer raved about them. Being that I sign my name on every product review I’ve ever written, it was my responsibility to seek the truth.

After ordering my own pair 2 months ago, I’d have to say the rumors are true. Sabas gloves will no longer be in my top 5 picks.

Let’s be real…nobody reading this site is good enough to copy them (that includes me), but in the spirit of artistic appreciation…let’s make our best attempt!
END_OF_DOCUMENT_TOKEN_TO_BE_REPLACED

Very little. Only a lucky few of them will ever get into the 7 figures range. I’ve seen many undefeated fighters who barely got into the 6-figure range as well. Read on for the exact breakdowns depending on level.
END_OF_DOCUMENT_TOKEN_TO_BE_REPLACED

But with that said, here are some ideas if you want to try parrying hooks:
END_OF_DOCUMENT_TOKEN_TO_BE_REPLACED

Here are the most common beginner boxing mistakes I see in the gym:
END_OF_DOCUMENT_TOKEN_TO_BE_REPLACED 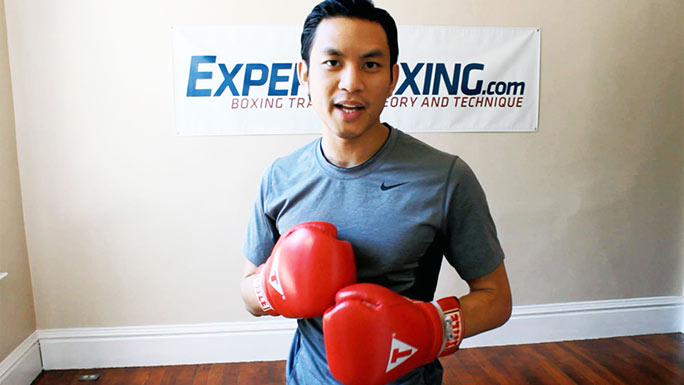 Mike Tyson is one of the best fighters to have ever put on boxing gloves. Tons of talent, power, speed, athleticism, defense, skills, and work ethic. He would have been any trainer’s dream come true! I love his boxing technique and recommend it to all fighters.

But with that said, his style (like many other boxing styles) does come with its own limitations. In my opinion, you need to have exactly his qualities to really make it work. Otherwise, you’ll should use a MODIFIED version of it. Please do not take this to mean that I think he’s a terrible boxer or that his style shouldn’t be used at all.

Here are the reasons why I don’t recommend the peek-a-boo style for all fighters:
END_OF_DOCUMENT_TOKEN_TO_BE_REPLACED

I keep getting told I don’t punch straight with my back hand. I focus on it, think I’ve got it, but then get told by my coach that my elbow still comes out, if you know what I mean.

For me, there are only two main reasons why someone punches with too much side-arc or elbow-flare on the back hand punch (straight/cross)…
END_OF_DOCUMENT_TOKEN_TO_BE_REPLACED