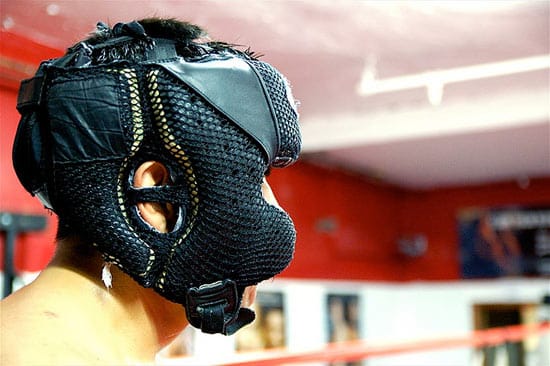 A quick little guide to help prepare beginning boxers or backyard boxers as they step into the ring for their very first time.

1. FEEL OUT YOUR OPPONENT

The rowdy and aggressive boxers will look to strike first. The smart and sneaky ones will look to counter. If he wants to punch first, duck or backstep and hit him right back. If he’s looking to counter, fake a punch, slip and then smack him. If he’s playing the passive role (common for big guys that think they’re stronger or faster than you), hit him hard against the gloves to hit him with his own gloves, and while he’s pre-occupied aim for the body.

This one is self-explanatory – jab at the head and then go to the body. Most beginner boxers that are all pumped up don’t think about the body attack especially from the beginning. Step straight in with an authoritative jab, quickly change your head level and duck down to hit your opponent with a hard right hand to the stomach. Hitting just above the stomach (solar plexus) hurts the most. A great alternative is to duck low, bend to your side, jab his body and as he lowers his guard to block, quickly come up and throw a right hand to his head!

3. FEET ON THE GROUND

Too many beginners get over-excited and throw 10-punch combos while lifting their feet all over the place. Not having your feet planted means your punch will be much less powerful (because you’re not grounded), and you will also be more off-balanced meaning you can get knocked around easily or left vulnerable against your opponent’s punches. Keep your feet planted and you’ll hit harder.

Don’t get intimidated or caught up in the moment. Let your opponent do all the work. If the other guy wants to waste his energy, keep your calm and let him tire himself out. Most other beginners won’t last 2 minutes in the ring bouncing around like a rabbit and throwing endless punches. Be patient and take advantage when he tires out!

Don’t ever forget to breathe. Always breathe even when you’re on offense or defense. A good drill every beginner should practice is moving around the ring breathing in a steady rhythm while getting punched by a much smaller opponent. It’s an excellent drill for all beginners to stay calm and conserve energy in the ring. Most beginning boxers tire out too quickly because they stop breathing and start holding their breath especially when they’re punching or defending.

6. LOOK AT YOUR OPPONENT

I can’t even count the number of times I’ve seen beginning boxers make the mistake of looking away from an opponent during a boxing sparring session. It’s boxing; not 5-year-old peek-a-boo.  Looking away while your opponent is punching you will not make the punches disappear. While on defense, you must keep your opponent in full view of you at all times so that you can block most of his punches if not all. The same goes for offense; you must be looking at your opponent when you punch so that you know your punch will land accurately. Don’t just close your eyes and swing blindly hoping you’ll hit something. Don’t look at the ground or ceiling either. Just look directly at your opponent when you punch him, this makes the punches harder and more accurate.

Always use your jab! When in doubt, throw it anyway. A jab can be used to hurt your opponent, set up bigger punches, keep him at bay, intercept a hard right hand or right hook, keep his mind occupied, or create space while you spin out of the corner. Throw this punch many times in practice and throw it many times in the ring! Not all jabs are the same. Practice hard jabs, or soft jabs, or extend your arm halfway out and throw a quick jab from there. Double up and triple up your jabs and mix it in with clever head movement. All great boxers have great jabs, never forget this!

Don’t throw 10 punch combos. Be cautious and strong. Throw 3-5 punch combinations at the max. Make sure you have solid footing. Not every punch has to be a knockout punch.

Don’t wait for your opponent to finish punching you before you fire back. If he starts to tee off on you, unload your hands quickly and break up his combo right away and move out. Don’t just sit there in a defensive position. If your opponent has already hit you with 2 punches and plans on throwing more, start throwing back right away. Throw quick punches to break up his focus and move away or fire back. Don’t wait! 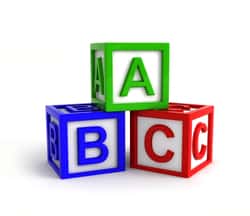