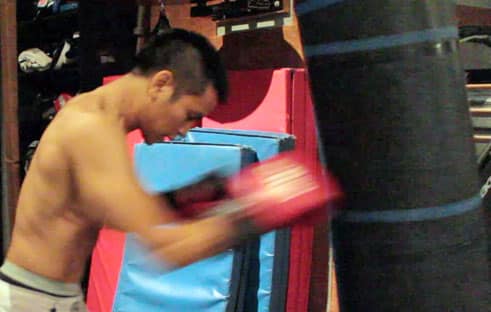 Looking for new ways to train with your heavy bag?

The heavy bag has become the symbol of punching power in pop culture and rightfully so. A punching bag is big, strong, and durable. It’s made to be hit and tempts you to test your power with every shot.

But there’s more to a heavy bag than just power. Use it to develop your punching endurance, punching speed, punch accuracy, and even your footwork! Here are five punching bag drills to show you how.

Watch my video for a clear demonstration of different heavy bag drills!

The most obvious way to develop your punching power on the heavy bag is to throw as hard as you can. It’s better (especially for beginners) if you can resist this urge and limit yourself to only 50-80% power output. Power comes from good technique moreso than muscle effort, so power drills should have some focus on technique instead of pure athleticism.

It’s best if you can throw power punches in a realistic manner. Which would be to throw combinations instead of single shots. To throw quickly instead of charging up like a karate master breaking boards. Use good technique instead of mindlessly wasting your energy with each shot. And to throw until the end of the round.

The problem is not throwing with too much power,
but FOCUSING too much on power.

It’s not so much a drill but the common way to use a heavy bag. Follow it around and throw heavy punches.

I enjoy this one very much because it builds muscle memory. Spend an entire round throwing the same combination or same series of power combinations. In a busy gym, this drill can be run with multiple fighters taking turns hitting and holding the bags for each other while the trainer yells out combinations. For example, the trainer might yell out 1-2-3, in which punchers throw jab-right-hook continuously until he gives the next combination. If the “switch” command is given, then the puncher and holder switch places.

Hit the bag non-stop with small repetitive punches as fast as you can for an entire round. The focus here is on getting in as many “punches” as possible and breathing properly throughout. Some trainers will tell you to lift your legs as if you’re running which makes it look like you’re taking a step with every punch. You can forget about technique since endurance is about volume and not power.

The best tip I can give for endurance drills is to RESIST throwing with power. So many guys end up trying to work power AND endurance in the same drill that it ends up looking like a power drill. When you’re doing endurance, focus ONLY on throwing as many punches as possible. It might not seem like a real workout but you are actually developing muscle memory so that your arm muscles are used to contracting many more times in a round.

Develop your endurance by
increasing the number of contractions.

To develop punching speed on the heavy bag, use the same drill you did for endurance but do them in intervals (also known as tabata drills). The most common interval would be to punch for 15 seconds, and then break for 15 seconds, and repeat till the end of the round. This 15-second timing is perfect because it’s short enough to practice your high-speed burst without tiring out, but long enough to still wear you down.

Once again, make sure you focus on breathing. Feel free to lift your legs if you want. It can be helpful to do tabata drills with a partner so you can take turns hitting and holding the bag for each other. You can also alternate between head level (using straights), chest level (using vertical-fisted straights), and stomach level (using small uppercuts).

Footwork Drill 1 – Move with the Bag

Use a heavy bag that’s able to swing around freely. It’s best if you can find one around 50-75% of your body weight. You need one heavy enough to take punches without flying away with each shot but still light enough to swing away from you. You may have to adjust your punching power to create the desired effect.

It should look like a very smooth step after your combo, not a jump! Another tip is not to move so far away from the bag that you can’t reach it after moving. When done right, this drill should look as though you’re repeatedly punching while backing away from the bag. A slick mover will look as though he’s simply punching and walking around the bag.

You wouldn’t think a big punching bag could be used for developing accuracy but there have been several methods of achieving this:

What some gyms will do is put duct tape around the heavy bag. Some people have an organized system where they put rings of duct tape separating different levels for head & body punches. Other people have random pieces of duct tape sprinkled around the bag. Regardless of how you place the duct tape, the goal is to raise your awareness and make you aim for something instead of throwing blind punches.

There are even heavy bags with numbers printed on them for you to practice certain combinations. I don’t enjoy this as much (since the numbers disappear when the bag spins) but it is an option and maybe you will like it.

I’ve only seen this once back in Canada but I enjoyed it very much. It was a small but very dense heavy bag and very thin, maybe 6 inches in diameter. It hung by a chain but had an elastic rope attached from the bottom to the floor. So it swung like a heavy bag but returned like a double-end bag (a double-end heavy bag?). Very useful and great for developing power punches WITH accuracy.

Develop ALL Your Punches on the Heavy Bag

The most important aspect of the heavy bag is not to get too carried away with punching power. A real fight has all kinds of punches. Sometimes, you need more speed, or more volume…it’s not always about power. The heavy bag, if anything, is meant to develop punching power FOR ALL YOUR PUNCHES (not only your power shots).

After increasing your punching abilities through the drills shown above (power, speed, endurance, etc), apply them to your punches when needed during a fight. Let your punches flow through the various qualities and become whatever attribute you need to win the fight.

All kinds of punches are necessary.
A complete punch arsenal has power, speed, and endurance!

Want to more tips for the heavy bag? 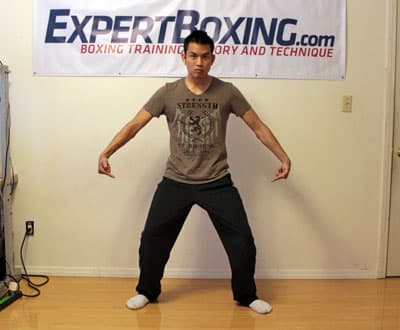 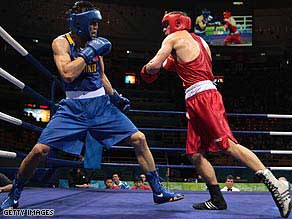 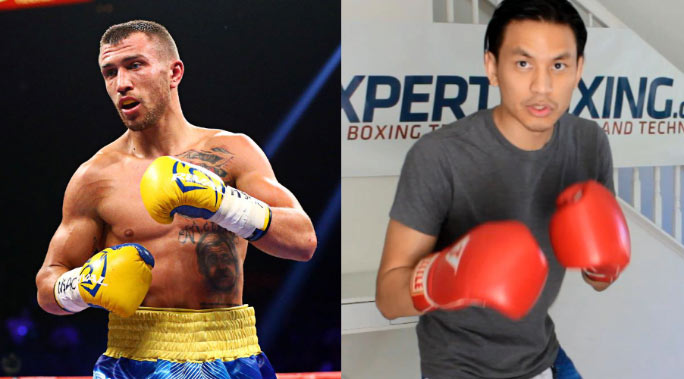