My favorite boxing tricks from the Cuban southpaw super-slickster!

Guillermo Rigondeaux is one of the best fighting talents to ever put on gloves. As a testament to his unmatched boxing abilities, he is already a pound-for-pound star despite being 37 years old with only 17 wins. I’ll break down my favorite moves and patterns that I see him befuddle opponents with.

Rigondeaux is a slick southpaw pure boxer with incredible speed, power, skills, ring generalship, and all-around guile. His defense is top notch, his offense is top notch, his footwork, his tactics, everything! There really is no equal to him in any area IMO. Anything other champions do well, he does better. And the fact that he could continues to terrorize opponents at his age is only further proof of his seeming invincibility. He would be a formidable fighter in any era of boxing…I truly do wonder if there would ever be an equal.

Let’s figure him out, shall we?

An amateur record of 475 wins with only 12 losses, and won 2 Olympic gold medals in the process. And the last of those amateur losses happened 3 years before his amateur career ended. As a professional, Rigondeaux remains undefeated in 18 fights, and easily outclassed every fighter he’s ever faced. He would win entire rounds throwing less than 10 punches. He often knocked out opponents with the first hard punch he landed. When he finally faced his first pound-for-pound opponent, Nonito Donaire, he completely outclassed him, out-moving him and out-landing him.

Despite being 10 years older than other top fighters in his weight class, still nobody would dare face him. Guys like Leo Santa Cruz, Carl Frampton, Abner Mares, Gary Russell Jr, are still running from him and preferring to face each other in round robin contests instead of getting thoroughly embarrassed by the Cuban superstar. Watch any Rigondeaux fight and you’ll see that he’s always been the smaller fighter despite competing in the same weight class.

I hope he gets his just due and recognition before he retires. It is so sad that talent in this day and age can be so thoroughly ducked and pushed aside so that inferior (but more marketable) “talent” can be sold to the fans.

Rigondeaux doesn’t care if you get your front foot outside.

But this “mistake” is EXACTLY what Rigondeaux does—he always steps to the LEFT (towards his opponent’s rear foot) instead of his right (their front foot). You’d think every opponent would be delighted to see Rigondeaux voluntarily place his front foot on the inside but it’s anything but an advantage for them. He out-moves them, evades all their attacks, and counters them at every turn. Hilarious and genius all at once. Brilliance is what I call a strategy that gives opponents exactly what they want and yet you still win.

LEFT-Step against the Right Cross

LEFT-Step against the Left Hook

In case you didn’t know, Rigondeaux’s primary weapon and almost only weapon is his left hand. That’s it. Not much of a jab, and not much of a right hook either (although it’s deadly when it lands). That left cross of his is everything. And it’s incredible how he fights entire rounds with nothing more than 5 single left crosses thrown one at a time. Crazy, right?

Except only, they aren’t just any left crosses but tricky ones. Rigondeaux throws all his left crosses in many different ways, each with subtle nuances that fit perfectly into his plan. He’ll move around all day and wait until his opponents get bored or make a mistake out of total confusion….and THAT’S when he uncorks one of these tricky lefts.

It’s kind of weird that I call this a trick but I guess we could say this is part of his strategy. Unlike other fighters who mix right hooks often into their combinations, Rigondeaux almost never throws that punch. “But why?”, you may ask. I suspect that Rigondeaux likes to use his superior speed and skills to fight a potshot game. He likes to fight one punch at a time. He either throws a left cross and moves away, or he throws a 1-2 and moves away. That’s literally 98% of his attacks.

I think he avoids throwing the right cross because it makes his combos longer and gives his opponents time to trade punches with him. By throwing only 1 or 2 punches at a time, he can get in and out with zero risk of being countered. It’s the typical speed-fighter’s strategy, right? Get in and out before they ever realized you were in there.

Dipping right after the Left Cross

Now that we know he seldom throws right hooks, we have to wonder what DOES he do with his right hand? If you ask me, I think he uses his right glove only to make you react and/or control your head and instead relies on his left hand to do all the damage. You could say he’s almost a one-armed puncher in a sense.

PAWING with the Right Hand

HEAD CLINCH with the Right Hand

FOREARM BLOCK with the Right Hand

DUCK UNDER and Waist Clinch

Rigondeaux will do this little maneuver where he keeps his front foot directly in front of his opponent’s front foot. This move is unusual in southpaw-vs-orthodox match-ups since most fighters are trying to get around each other’s front foot. Rigo, being the unorthodox master that he is, does the exact opposite to create space. By having his front foot lined up perfectly with his opponents’, they can’t get close enough to reach him with their punches. He’s not afraid to stink up the fight by matching his front foot, and then sticking his front arm out to make lots of distance. In a constant effort to catch up with an elusive Rigondeaux, they’ll inevitably make one of the moves that he’s prepared for…

HEAD CONTROL with the Right Hand

LEAN BACK and Uppercut

Rigondeaux’s unorthodox southpaw angles combined with his killer speed, power, athleticism, and skills make him impossible to beat. Right off the bat, you have to deal with his footwork. Unlike most southpaws, he lets you have the front foot outside but then what? You haven’t taken any advantage over him. You still can’t find him and you still can’t reach him. Get in front of him and he pivots away. Get close to him and he runs. He creates all kinds of weird angles and knows every possible escape to them.

If I had to guess, I’d say it’s his tricky left hands and incredible footwork that does all the work. His feet make him not only a moving target but also a constant puzzle. You always have to figure out how to stand in front of him and the moment you get there, you realize you’ve just walked right into his left hand. You would think chasing down a guy who doesn’t throw many punches would be easy but it’s anything but that. His left hand possesses knockout power and threatens you from any distance and his right hand is ever so annoying from any distance.

Should you ever get in front of him without getting tied up or tripped up, his head movement is among the slickest in the world and guaranteed to make you miss like a fool. Rigondeaux is something like a Floyd Mayweather, Pernell Whitaker, Roy Jones Jr, and Mike Tyson all rolled up into one bantamweight. He’s damn near impossible to chase down, fights disciplined [boring] enough to never give you an opportunities, and can knock you out with the first clean shot he lands.

Which one is your favorite? What other strategies or tactics have you seen Rigondeaux use? Share your thoughts below. 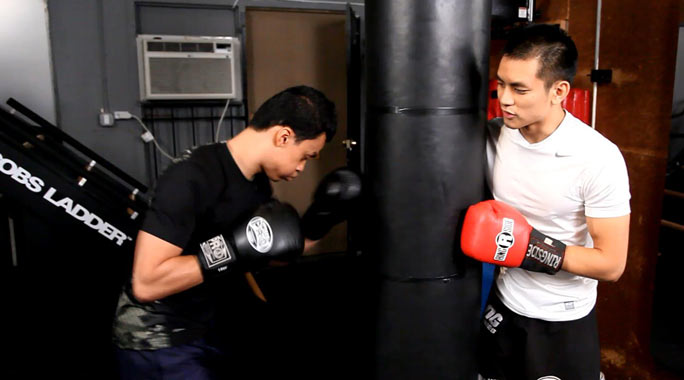 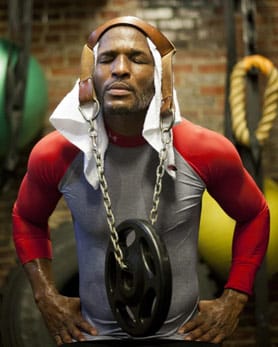