The uppercut can be a tricky punch to avoid.

Uppercuts are not as commonly thrown as the other punches (like the left hook or right cross)…but should you ever run across an opponent with deadly uppercuts, they can be your biggest nightmare. They’re actually quite hard to see and don’t telegraph as much as boxing coaches would have you believe.

Sure, anybody can see an loaded uppercut from a mile away. But up in close-range, in the middle of an exchange, you don’t realize you got hit with an uppercut until about 3 seconds later. It’s like you’re safe in your guard and then *BOOM!* your jaw hurts for no reason.

Here’s how you get away from that tricky uppercut!

Watching out for Uppercuts

Uppercuts are not usually a serious problem. For me, the more threatening and most annoying punches have always been the jab, the right cross, and the left hook. More fighters are more skilled and versatile with those punches and so they tend to be more of a problem. It also happens to be that if you’re getting hit with uppercuts, you’re probably getting hit with the other punches, too.

But every now and then, you WILL come across a guy with a great uppercut and knows how you to use it. And if you’re like me…you’ll panic…because great uppercuts are hard to see and a bit tricky to defend against. They don’t come straight into your line of sight and the body doesn’t seem to rotate as much. So you have less visual indicators to go by.

The worst part about suddenly finding yourself vulnerable to uppercuts is that your opponent now knows you have an extra chink in the armor. And you’re suddenly exponentially more vulnerable when he mixes up his angles of attack.

So what can you do?

Unless you’re able to see incoming uppercuts, you shouldn’t be in that position in the first place. Don’t get caught leaning forward. Any time that your upper body is leaning over you’re basically giving him a huge target to arc his uppercuts into. And he’s not going to miss and he’s also not worried about your counters because all you can see are his balls anyway. You won’t see his uppercuts coming and you won’t even know if they’re going to the head or the body.

Leaning forward gives your opponent the perfect angle
to throw uppercuts at you
without being vulnerable to your counters.

How to avoid getting caught leaning forward:

Lean away from the uppercut

Yeaup! If you lean back, there’s no angle for his uppercut to come under and hit something. He’ll miss wildly and you’ll get a huge opportunity to counter. Now I wouldn’t suggest for you to be leaning back all the time but instead to not leave it forward all the time. Anytime that you have your upper body forward for too long, make sure you pull it out. It’s kind of like head movement…keep it moving when you know it’s at risk of getting hit.

Hit him or push him with a straight punch

In theory, a straight arm is longer than a bent arm. So if you’re keeping the distance and using the jab or pushing him back with your jab, you’ll never be in range of his uppercut. This isn’t a guaranteed principle because he could still lunge and catch you anyway but at least you know to use distance to avoid uppercuts.

If you can tell which side the punches are coming from, you can avoid them easily by rolling your shoulders perfectly in rhythm. Uppercuts are easily defended when you turn your side into them because they’ll end up hitting your arms. Obviously, the uppercut angle is only good at coming straight up the front of your body, whereas hooks and crosses can be thrown at your side because they can get over your shoulders.

Yes, the good old trusty block always works. There are a couple risks that come with relying on blocking for defense. One is that you might not be able to see punches. It’s not so much about the gloves covering your eyes but more so about your awareness skills not being able to detect incoming punches. Even if you block, it’s important that you keep your eyes active to look not only for incoming punches but more importantly, for counter-punching opportunities! The other risk is that you don’t want your opponent to force you into a defensive shell. By then, it’ll only be a matter of time before something gets through.

Now if you do block the uppercut, try to do it with your elbows (instead of with your hands). This will hurt his hands and also still keep your hands in ready position to punch back. And if you can’t catch it with the elbows, try to catch it on your forearm.

Defend the uppercut by:
leaning away, countering with a straight punch,
rolling it, or blocking it.

Blocking with the hand

First off, the hand is too weak to stop the uppercut power completely. The power will still penetrate and you’ll take damage. Even if you’re not hurt, you might be distracted enough to eat follow-up punches. The other problem with trying to block the uppercut with your hand is that you might even lower your hand to stop the uppercut and risk exposing yourself to follow-up punches. It’s actually a common tactic for fighters to throw uppercuts to make their opponent’s block low, which then exposes their heads for the left hook.

Unless you’re seeing the uppercut perfectly, and know exactly what you’re doing, slipping is not a safe way to avoid the uppercut. Even if your head gets out of the way, your bent over body is still perfectly exposed to the uppercut.

Now you can slip by bending back, sure, that’s fine. But bending forward to evade uppercuts…that’s very scary.

Closing up into a shell

This is usually the default move when fighters realize they don’t know how to avoid a certain punch. They just close up completely in hopes that it will protect them from everything. But in reality, making yourself completely defensive is only going to invite more attacks, not prevent them.

OR…you could also try to exchange with him. If you know you’re going to be hit anyway, then at least you can focus on making sure you get some hits in, too. Perhaps hurting him with a good shot is the best way to make him back off. It’s my preferred option, too. 🙂

How NOT to defend the uppercut:
blocking with the hand, slipping forward, and shelling-up. 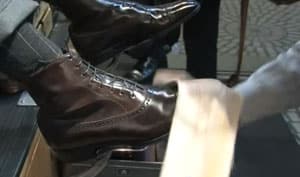 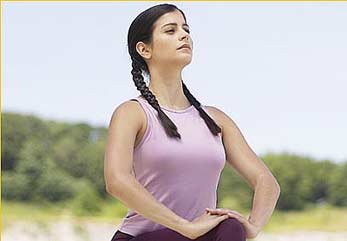 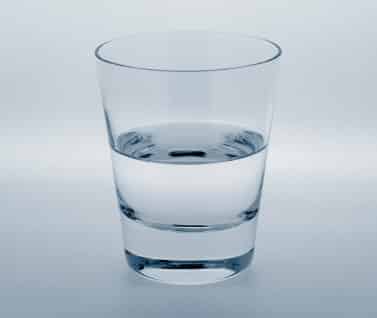